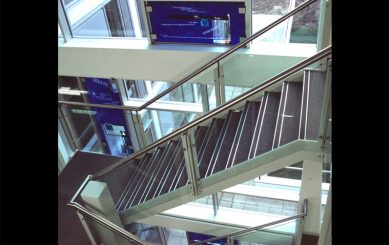 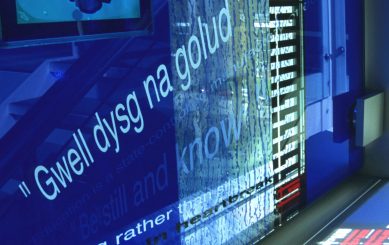 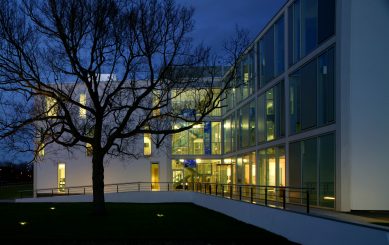 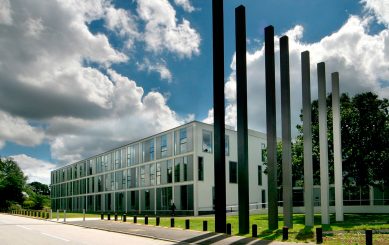 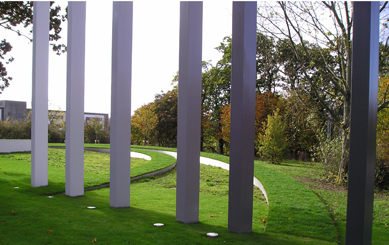 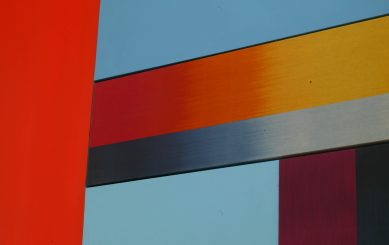 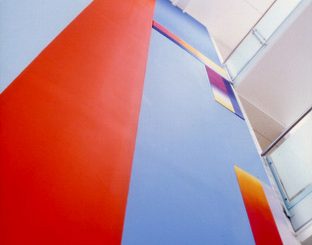 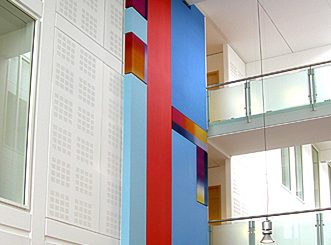 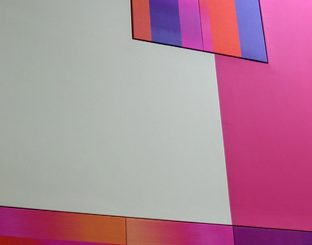 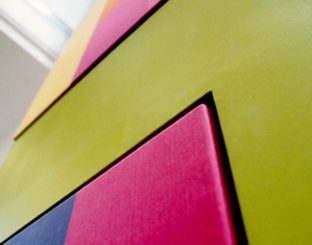 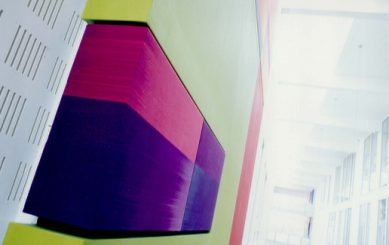 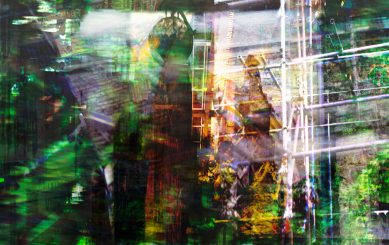 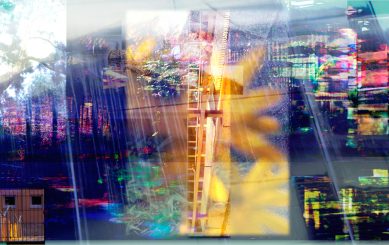 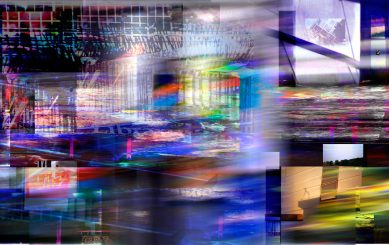 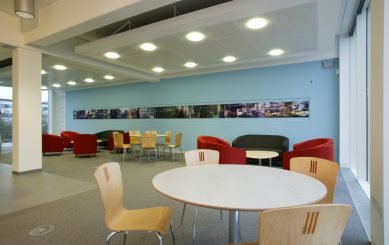 Catherine was appointed by the Open University and Malcom Reading Associates to produce an art strategy for integrating commissioned artwork into the £17million New Library building at the Milton Keynes Campus and project manage its delivery. The building won a SCONUL (Society of College, National and University Libraries) Buildings Award with the judging team specifically pointing out the good use of artworks.

The client was impressed with our ability to….”identify and promote young but developing talent as a way of delivering imaginative solutions at best value.“

Julian Stocks was commissioned to create a large-scale architectural glass installation to sit above the main entrance.

The window incorporates the oak tree – which has symbolic significance for the Open University – and quotations about education that were selected by the staff and students at the library. The quotations are purposefully contradictory and have been distorted so that each text is legible from its own point of view. Individual texts can be read from inside and outside the building, as well as from the staircase. The window is conceived as though there is a debate taking place as the viewer moves around the space. Central to the design is the acknowledgement that education is a gift from teacher to pupil. This is an asymmetrical but cyclical exchange whereby the pupil returns the favour by teaching others, whilst the teacher continues in their studies.

American digital artist, Christina McPhee was commissioned to create X4 digital photographic montages for the building’s restaurant, which doubled up as a community space. Christina’s brief was to capture the variuos zones/areas that made up Milton Keynes in a single dialogue, working with archival material (including the original architectural concept drawings) as well as generating new visual data.

“Milton Keynes is a mysterious landscape. It is a very ‘open’ space, perhaps a clearing one comes to, by surprise, within woods, parkland, and ancient structures. Yet, it remains hidden from view, except, perhaps, if one is exploring with a topographic plan in hand, of the whole city and its surroundings. Milton Keynes is also a utopia, a dream city, a place that wants to nurture people on all levels of their lives. It cannot really do this all at once. So it hides itself and opens itself up to the desiring explorer when it wishes. When I took the photographs with a medium format camera for this series, I searched for places at the edge of one zone to another, from industrial to school, parkland to old village, soccer field to theatre complex.
I thought that something of the dream or soul of the city would reveal itself at the edges of different landscapes.

Later, in composing the photographs, I looked for pathways or traces through the edge zones. In the process of exploring Milton Keynes inside the computer, layers of detail wanted to emerge, not at first glimpse, but upon a close look. The library at the Open University was both under construction when I photographed it, and stays in a state of being in fragments and glimpses in the prints. The long images aspire to a cinematic stream of layers, whose meanings each person discovers, or really, makes up, as she or he goes along. As if the landscape of Milton Keynes is an electronic library, subject to constant updates by its inhabitants. Discovering utopia means making it up as you go along.”

Ptolemy Mann was invited to create an integrated textile artwork for two 10 x 3m feature walls within the atrium. The challenge for this space was to introduce strong colour and warmth within a cavernous space dominated by glass with a modest budget. Ptolemy responded by designing a colour backdrop for the wall with cut-out sections to install ‘feature’ textile canvases, using her signature hand dyed and woven techniques.

“They successfully integrated the client, design team and artists in a single dialogue early enough in the project to completely integrate the works in and around the building.”

“....a great sense of responsibility, commitment and was always available to help solve any problems. She is a valuable member of the design team.”

“Their input was invaluable in the success of the project as a whole. The artists commissioned were outstanding and a real value to the building!”

Head of Projects for Open University 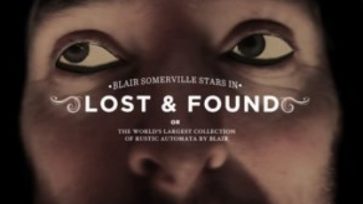 Vivid Digital is a competition, exhibition and commissioning programme devised and... 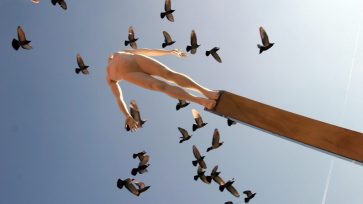 The council’s brief was for a sculpture to celebrate the life and achievements... 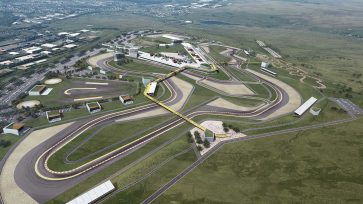 Art Acumen has designed a large scale commissioning programme that will... 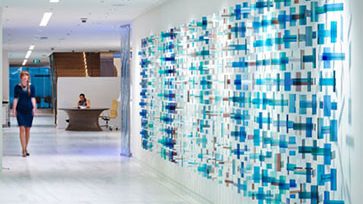 art programme
view project
By continuing to use this site, you accept our use of cookies.Ok